Is Cryptocurrency Our Future? 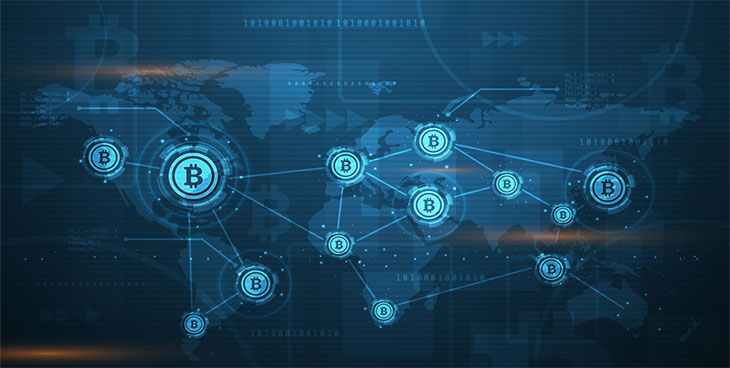 Imagine a world where there is a single currency. That would be one of the first prominent steps towards unifying all the people of the world towards a common goal; decentralized unity. When Bitcoin first came into inception in 2009, many hopped onto the bandwagon of a transaction process that eliminates international barriers. Transactions that not only anonymous and private but also free from governmental and banking control.

When we consider the growth of Bitcoin since its first appearance, it acts as a hopeful investment venture for every individual alike. From business people to amateur investors, individuals can shoot their shot with Bitcoin and see their investments rise alongside the increasing popularity and usage of the founding cryptocurrency.

However, like the saying, "the bigger they are, the harder they fall", when Bitcoin reached the market value of $2 billion at its peak, the 50% downfall that came right after rendered hot debates about the future of cryptocurrencies as a whole, focusing on Bitcoin specifically. This leads to the carpet-bombing of bad reputation on alternative currencies birthed after the conception of Bitcoin. Are we seeing cryptocurrency like the legendary phoenix rebirthed to substitute conventional currencies and be ubiquitous as euros and dollars? Alternatively, will Bitcoin's volatile nature become the main reason cryptocurrencies will simmer into a passing hype that will die out like a trend on social media? Well, everything depends on Bitcoin.

So what does it take to make cryptocurrency a more legit and public-friendly investment? Recently, there is a whole pool of institutional money being poured into the market and this, in hope, will usher big changes in crypto. This also will lead to crypto being floated on the Nasdaq, which in turn, will increase the credibility of blockchains and its uses compared to conventional currencies. There is a lot of predictions concerning what crypto needs to be legitimized, most coming from economic analysts. The collective belief is that crypto just needs a verified exchange traded fund (ETF) to ease in Bitcoin investments in the future. Though, a demand to want to invest in crypto still needs to be present, and that even is not secured automatically when a fund is generated.

Bitcoin, in a Nutshell

Brought into the world as a decentralized currency, Bitcoin uses peer-to-peer technology that houses currency issuance, transaction processing and verification, and all other currency functions to be dealt and managed collectively by the network. As it is decentralized, which cuts off governmental manipulation or interference, Bitcoin's operation has no central authority that ensures smooth-running of processes or to back its value. How each one is created is through a process that solves complex algorithms and crunches numbers using powerful computers. This process is called "mining". Currently, 25 Bitcoins are created every 10 minutes with a maximum capacity of 21 million that is expected to be reached in 2140.

What makes Bitcoin fundamentally different from fiat currency (or centralized currency) is that fiat currency is backed by the full faith and credit of its respective government. Meaning here, it is highly centralized and is supervised by a country's central bank. Fiat currencies theoretically do not have an upper limit to the amount generated because they are regulated by banks. Additionally, with a governmental body insuring against bank failures, local currency deposits are considered "safe". Hence, Bitcoin is fully dependent on investors' willingness to pay for it at a point in time -- meaning that should the exchange folds up, there will be no recourse to get the balances back.

They say that imitation is the best form of flattery. Thus, upon the success and fame of Bitcoin rose a number of companies with their own cryptocurrency.

Take Ripple as the first example. Started by OpenCoin, founded by Chris Larsen in 2012, Ripple was created to be both a currency and a payment system, very much like Bitcoin. Using the component XRP, that also has the same mathematical foundation as Bitcoin, Ripple enables the transfer of funds in any currency to another user on the network within seconds. This contrasts with Bitcoin's mechanism that takes 10 minutes to complete.

MintChip is the next popular alternative cryptocurrency. Differing to the conventional creation story of most other cryptocurrencies, MintChip was created by the Royal Canadian Mint, a government institution. Using a smartcard as a medium, users can store and transfer electronic value from one chip to another. What makes MintChip different from other cryptocurrencies is that it is backed up by the Canadian dollar.

Next we look at Litecoin. Litecoin is regarded as Bitcoin's leading rival at present, and it is designed for processing smaller transactions faster. It was founded in October 2011 as "a coin that is silver to Bitcoin’s gold,” according to founder Charles Lee. Unlike the heavy computer horsepower required for Bitcoin mining, Litecoins can be mined by a normal desktop computer. Litecoin’s maximum limit is 84 million – four times Bitcoin’s 21-million limit – and it has a transaction processing time of about 2.5 minutes, about one-fourth that of Bitcoin.

So, is Cryptocurrency Really Our Future?

Who knows for sure? We have to be honest with you. The whole market is volatile and only in its initial stages. Some of the limitations that cryptocurrencies presently face – such as the fact that one’s digital fortune can be erased by a computer crash, or that a virtual vault may be ransacked by a hacker – may be overcome in time through technological advances. What will be harder to surmount is the basic paradox that bedevils cryptocurrencies – the more popular they become, the more regulation and government scrutiny they are likely to attract, which erodes the fundamental premise for their existence.

While the number of merchants who accept cryptocurrencies has steadily increased, they are still very much in the minority. For cryptocurrencies to become more widely used, they have to first gain widespread acceptance among consumers. However, their relative complexity compared to conventional currencies will likely deter most people, except for the technologically adept.

The emergence of Bitcoin has sparked a debate about its future and that of other cryptocurrencies. Despite Bitcoin’s recent issues, its success since its 2009 launch has inspired the creation of alternative cryptocurrencies such as Litecoin, Ripple and MintChip. A cryptocurrency that aspires to become part of the mainstream financial system would have to satisfy very divergent criteria. While that possibility looks remote, there is little doubt that Bitcoin’s success or failure in dealing with the challenges it faces may determine the fortunes of other cryptocurrencies in the years ahead.