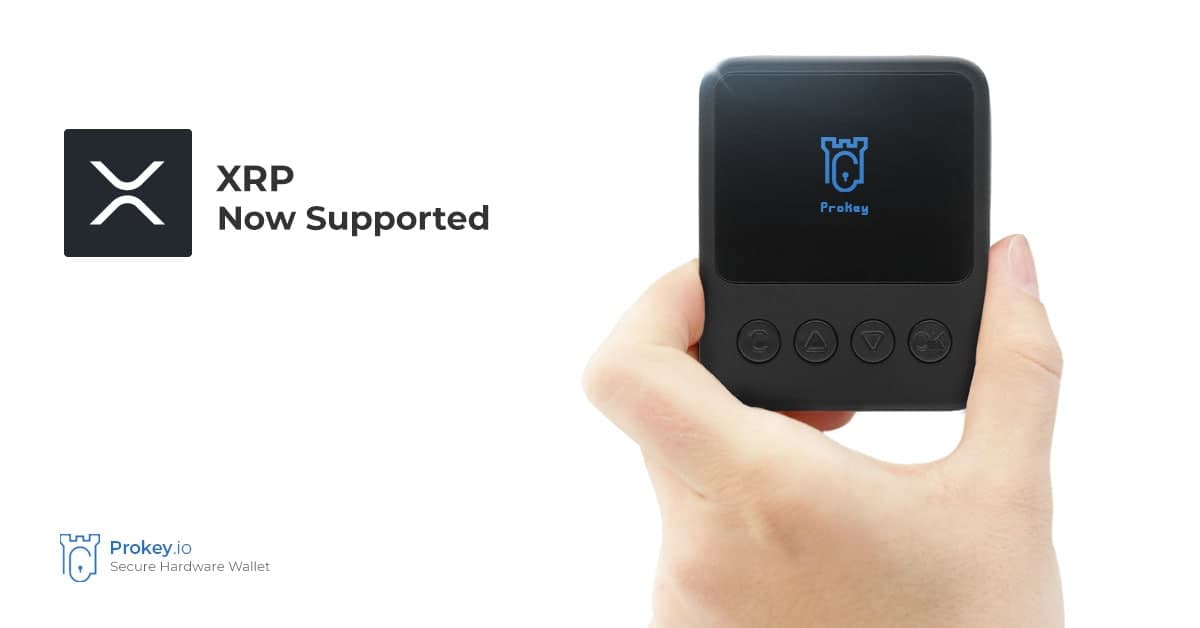 We're quite excited about this announcement in particular. Providing full support for a cryptocurrency like XRP has much benefit for both sides of the fence. Alongside many exciting coins and tokens, XRP will be a great addition to a much-expanding list of 1500+ supported cryptocurrencies. current users just need to update the firmware of device and XRP will be appeared in coins list.

If you're unfamiliar with XRP or if you'd just want a refresh on what it is, read on.

An Introduction to XRP

Ripple (XRP) was first introduced to the world of cryptocurrencies in 2012 by Chris Larsen and Jed McCaleb. It was a celebratory event because Ripple was seen to have a similar main process as the SWIFT system that focuses on transfers of international currency security. This system is widely used by a number of banks and financial middlemen handling different currencies at the same time. Ripple, like SWIFT, is a payment settlement asset exchange and remittance system, which also carries the purpose of being an intermediate mechanism of exchange between two networks or currencies. You can look at it as a settlement layer denomination that's temporary.

How XRP Became the Sixth-Largest Cryptocurrency

A cryptocurrency is valued not only on its price but most importantly on its market cap. As of the writing of this article, XRP currently ranks at #6 on the charts with the highest market caps, beating the underdog Dogecoin, and trailing behind Cardano. Ripple is one of the odd ones in the list because unlike most of its competitors, Ripple is a centralized cryptocurrency. With the centralization of the coin, blockchain, and processes come the benefit of lower costs of inter-bank transfers.

The people behind Nasdaq believe that Ripple has a potential to be one of the most trending coins to go on a bull run. They're expecting it to go through an upwards trend of 10x in 2021. Let's hope they're right.

Managing Your XRP Never Any Easier than with Prokey

The best thing about adding XRP onto the Prokey Optimum and the wallet interface is that you get to manage, send, and receive it anywhere and at any time without the hassle of going through any form of third-party apps or additional downloads. Very much like BTC, ETH, and USDT on the Prokey Optimum and wallet interface, XRP's addition to the 1500+ line-up should prove to be a great incentive for you to move to a hardware wallet and HODL as long as you can. And additionally, we're the most affordable hardware wallet in the market that supports XRP natively.

By this part of the article, you're probably asking, "What's next for Prokey?" Well, we're well in the process of adding Binance Smart Chain alongside all of the BEP20 coins, so more exciting updates are coming!