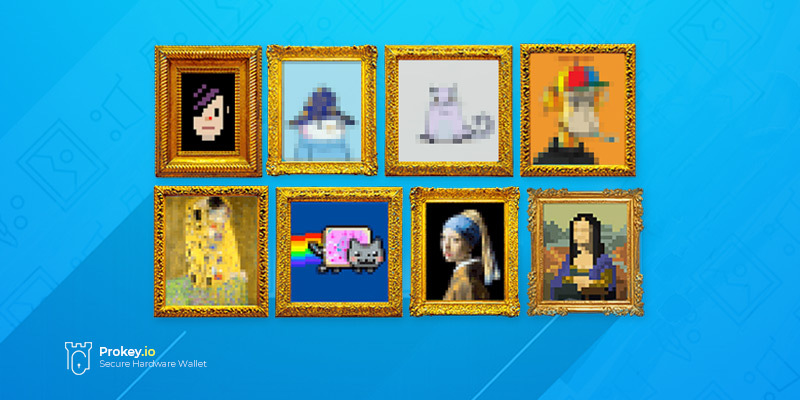 Decentralization in the form of NFTs has helped artists overcome lots of obstacles that would be considered normal in an auction sale; they would no longer have to deal with gallery owners, collectors, and other third parties, and can even enjoy a second market, and claim earnings from any NFT under their ownership. But has decentralization really helped underrepresented artists, as it had originally promised? Is it right to say that any artist regardless of their gender, skin color, ethnicity, race, and nationality now has the opportunity to digitize their work, and enjoy the same pay?

Which Portion of Cryptocurrency Exchange Accounts Belong to The Underrepresented?

Explaining discrimination in the NFT art marketplace can be possible through one of the most basic economic principles; the supply-demand principle. According to the supply-demand principle, supply, in this case, the number of NFTs put out for sale, would be in line with buyers' demand. Bearing in mind that NFTs minted by underrepresented artists are rarely purchased, the question here is; are there more male buyers in the NFT art marketplace than female ones?

To answer that question, let's review the must-haves for purchasing NFTs; an exchange account, a cryptocurrency wallet, and some cash. When talking about NFTs, Ethereum is the first platform that comes to mind; the platform hosts the largest percentage of cryptocurrency minting, and its native coin ETH, is the currency in which most NFT payments are made.

From there on, we could make the conclusion that users would need to convert their fiat money into ETH first, which would be settled through an exchange website. Let's look at some detailed information regarding account owners on Coinbase; one of the most prominent exchanges supporting ETH. According to the report released by the company owners themselves, the platform was most popular in its native country, the United States, which is followed by the United Kingdom, and Germany in the second, and third places of countries, with the biggest number of coinbase account owners.

Alright, now we know that coinbase account owners are mostly from the US, UK, or Germany, but we still do not have a clue about their gender, so we couldn't possibly conclude that the American, British, and German coinbase users are mostly xenophobes. Let's look a bit closer.

Additional data from the report has demonstrated a big gender gap among the users of the platform, with respondents to the survey forming a dominating male majority. A staggering gender gap has not been observed among Colombian users, but neither has a female majority been confirmed. The number of female users has declined between 2019, and 2020; when the biggest increase in the number of Coinbase users has been observed; indicating that most newly registered users were male.

Could we deduct that most coinbase users are either male, American, British, or german? We probably could (that's no exact conclusion, simply an assumption). Let's move to the next part: 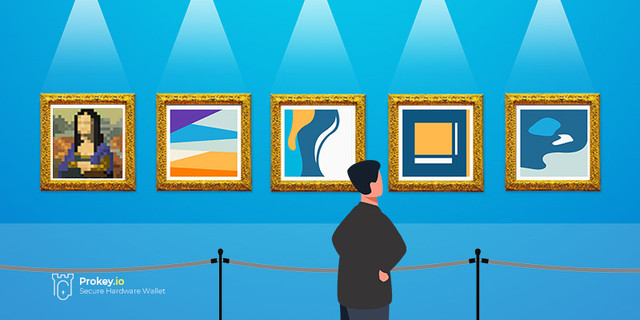 Supply, and Demand; Can The Fundamental Economic Rule Explain Inequality in The NFT Marketplace?

The conclusion based on our initial analysis of Coinbase users would tell us that most buyers in the NFT art marketplace are men. But, would that be enough to explain the current situation? The case with Fame Lady Squad counters our initial conclusion. The group claiming to be the first female-led crypto art collective, managed to collect 1.5 million dollars in a very short time, showing that NFT buyers were actually willing to patron the works of underrepresented artists. Although the group turned out to be a whole-male team trying to exploit the affection towards underrepresented groups for their own good, it remains to be the clearest sign of demand for NFT art pieces by females in the NFT art marketplace.

Some Statistics; How Women Have Been Excluded From The NFT Art Marketplace?

Data from the Nifty Gateway, the Christie's of the digital art industry, has displayed a stark difference between the distribution of the profits between the two gender groups; women accounted for only %5 of the generated income in the NFT art marketplace, while %95 of the market share went to male artists in the last 21 months. The notion clearly demonstrates the reason why women have made way less money than men in the $3.5 billion worth market.

Women have also been actively excluded from NFT conferences, and events, and only a small number of female NFT influencers, and speakers have made it to major events. The situation is at great odds with the initial promise of decentralization, and Blockchain-based ownership, which would see artists from all parts of the society get involved, and generate incomes from their minted works.

The NFT art marketplace where women form only %18 of all speakers, and %70 of sponsored exhibits belong to men, seems to be not so different after all from the traditional art market has seen major discrimination against women; with 87% of the works displayed in famous museums belonging to male artists, who also mostly happen to be white.

What Could Be The Reason Behind Women’s Exclusion From The NFT Art Marketplace?

As NFTs are a fairly new technology, less has been discussed about whether they could provide an equal competing environment. though it seems it is following a pattern quite similar to the tech field leaving many behind. Whether it is the lack of access to educational materials related to minting NFTs or the technical knowledge of developing a Smart Contract, addressing the barriers, and obstacles preventing underrepresented, and female artists from taking a greater part in the NFT Art marketplace, remains to be essential.